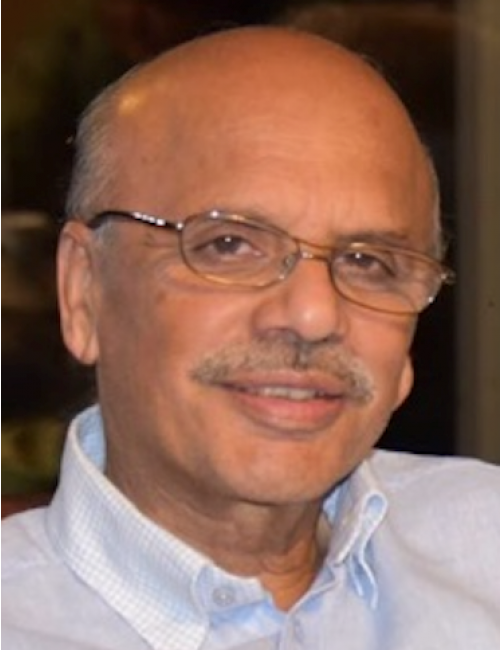 Professor Khalid Haque graduated from Karachi, Pakistan in 1967. He retired from University of London, St. George’s Medical School as Reader in Neonatal Medicine and is currently visiting Faculty Professor of Neonatal Medicine to the Children’s Hospital and Institute of Child Health, Lahore.

Between 1980 to 1990, Professor Haque held the first chair of neonatal medicine in the Middle East as Professor of Neonatal Medicine at King Saud University, Riyadh Saudi Arabia.

He has over 52 years of Paediatrics and neonatology experience working in Asia, Arabia, North America, Canada and the UK and has been coming to Pakistan to teach and train neonatal clinicians for the past 35 years. He has mentored most of the senior neonatologists in Pakistan.

He has published over 197 peer-reviewed papers, six chapters and has authored three books and also edited two books. Recently, along with Dr. Talal Waqar he has written “Essentials of Neonatal Medicine” and co-edited “Protocols in Neonatology” with Professor Irfan Waheed. These books have been especially written for neonatal clinicians in Pakistan. He is currently co editing a textbook of paediatrics for medical students in Pakistan.

Professor Haque has done pioneering research work in immuno-modulation and other aspects of neonatal sepsis. He was one of the principal investigators of the large International Neonatal Immunoglobulin Study (INIS). As an invited expert on neonatal sepsis he has published consensus definitions of neonatal bloodstream infections in Paediatric Critical Care Medicine that have been adopted universally.

Professor Haque continues to supervise and mentor Masters and PhD students. He is a reviewer for twelve international journals and visiting professor to four universities. He has been on the faculty of IPOKRaTES and is currently visiting foreign faculty as Professor of Neonatology at Children’s Hospital and Institute of Child Health, Lahore, Pakistan.

Development of human brain is complex but very systematic and organised. Nevertheless, during the development phase, the human brain is very vulnerable to endogenous and exogenous stresses and events. This is particularly important to the preterm infant who by the very fact of being born early may miss out on critical parts or aspects of brain and neuronal growth. This deficiency maybe further compromised by the actions or inactions of the caregivers i.e., neonatologists. This brief presentation will highlight the critical aspects of cortical and neuronal development, identify the pathologies that may occur if something goes wrong, the actions or inactions of the neonatologist may have on brain and neuronal development. The presentation will highlight advances in our understanding and importance of the formation of connectomes and functional neuronal networks in the brain. Our diagnostic ability to quantify white matter injury and most importantly draw attention to the importance and role of cerebellum. All through the presentation pointers will be made towards the other presentations in the colloquium.